MAKE Santa Fe is open to members by appointment using the tool reservation system. We continue to provide pandemic assistance to organizations in need. Go here if you want to: REQUEST ASSISTANCE, BUY FACE SHIELDS, or HELP FUND OUR EFFORTS 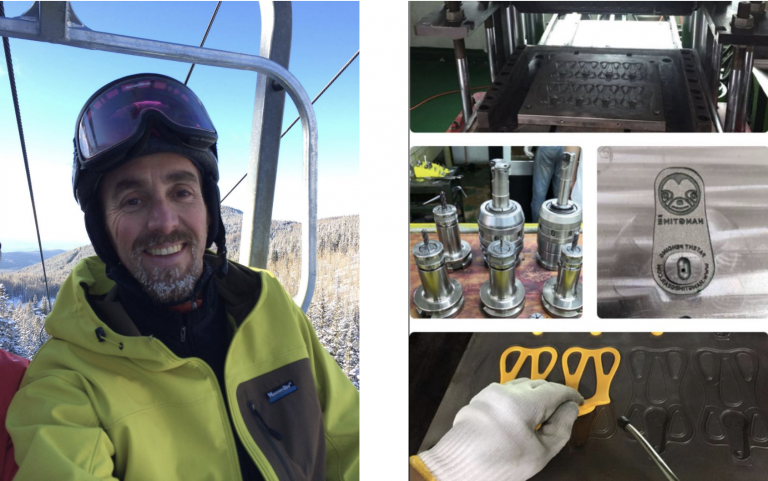 As an active part of the Santa Fe community, Haj has embodied the Santa Fe shuffle since arriving in 1993. Initially starting in construction and restoration in the area Haj has always been a problem solver.

Add in an eye for design honed at the Massachusetts College of Art and Design and a penchant for creating solutions and it isn’t a surprise that Haj entered the startup world next. He’s worked on a couple of companies and even ended up in startup accelerators but his hometown community is the one that provided the launch pad for his current endeavor, HANGTIME.

After utilizing MAKE to help prototype the early versions of his new product, the KOALA, he’s launched a crowdfunding campaign currently at $180,000 funded.

Always quick to recognize the value of the entrepreneurial community in Santa Fe, Haj will tell you that organizations like MAKE, MIX, and BizMIX in town are invaluable to people that want to pursue turning their dreams into reality.

Give his crowdfunding campaign a look and if you’ve got a business idea, reach out locally for support. We’re here to help you grow!